A “locally-owned community fiber network that connected all the businesses and residents” was the vision in Lafayette, but when the fiber plan was first proposed in 2004, lobbyists for the cable and television industry pushed for state legislation to ban municipal broadband networks. Thanks largely to a grassroots movement in support of the project, the Lafayette community overwhelmingly endorsed the project in 2005, and authorized the Lafayette Utility System to issue $125 million in revenue bonds to build the network. After several lawsuits, LUS began building out its fiber network in 2008, and connecting customers in 2009.

Pixel Magic created a studio in Lafayette after working there on a temporary basis for a movie shoot. The studio created between 100 – 200 new jobs because LUS Fiber could connect it to studios and partners anywhere in the world. 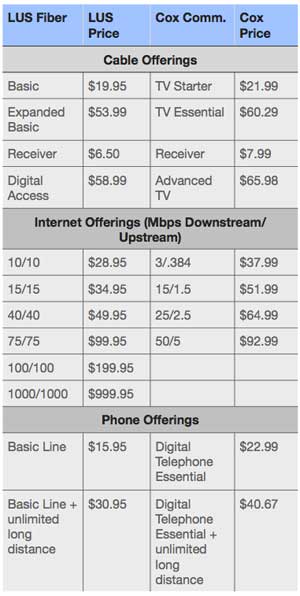