Chattanooga was the first community in the U.S. to provide universal access to a gig connection. Although there was significant local support for the project, that didn’t stop Comcast and the state cable association from filing a few lawsuits to try and prevent it from moving forward. Despite these efforts from industry leaders, EPB expanded the fiber network and began offering telephone and broadband services to local businesses in the early 2000s. The fiber optic system has since allowed EPB to develop the most automated smart grid in the nation, which EPB credits for preventing 2.4 million customer minutes of interruptions during the 2011 tornadoes alone.

EPB Showed that the benefits of the smart grid would justify the expenses of the fiber optic network even if the utility did not use it to offer telecom services.

HomeServe moved its call centers to Chattanooga creating 140 new jobs after HomeServe’s CEO learned that the minimum connection speed on the city-owned network was faster than the maximum they had available at headquarters.

EPB Rates As Compared to The Competition 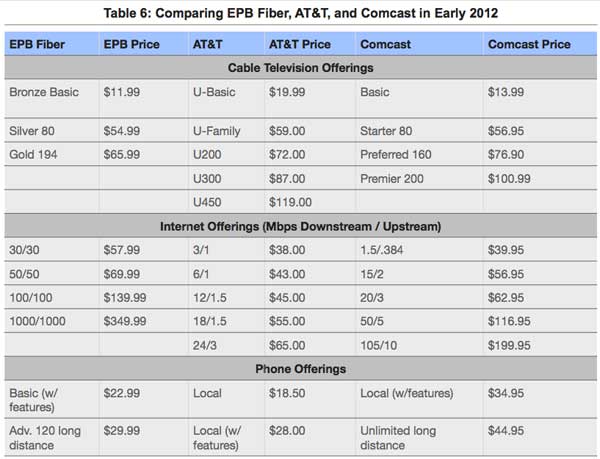