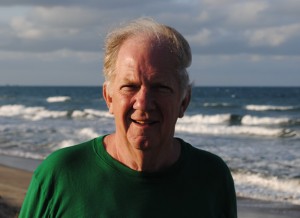 David Mount has been a resident of South Union Street since 1983. He and his wife founded Mount Family Group which operates Westaff in Burlington and 10 other cities (4 in Vermont) and Remedy Staffing in Massachusetts. The company started with zero sales in 1982 and had over $26,000,000 when he retired in 2010. The Mounts raised all five of their children in Burlington where they attended Burlington schools and four attended the University of Vermont and one, Champlain College. Their children have all remained in the area and the Mounts have 15 grandchildren.

David Mount has served on a number of boards including the Burlington Meals on Wheels, Prevent Child Abuse Vermont, St. Anne’s Shrine, and the Burlington Rotary Club. He is also an active counselor with SCORE – the Service Corps of Retired Executives. He has served as president of three of those boards and has been nominated to be Chair of the Chittenden County Chapter of SCORE. He also served the State of Vermont in the Commission on the Future of Economic Development, a commission created by the 2007 session of the Vermont Legislature to examine economic development issues affecting the state.

In his capacity of CEO of Mount Family Group and in his prior career as a financial executive, David Mount became accustomed to negotiating large and complicated transactions and has worked with both large and small financial institutions. He is accustomed to working with various political entities and administrative boards.
The Mounts were among the first customers of Burlington Telecom.