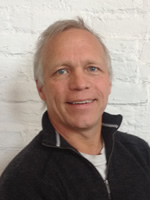 For the past eighteen months, I have been investigating the possibility of a creating a local company to purchase the existing Burlington Telecom from the City of Burlington. I am a BT customer both at my home and in my office, and I consider the BT services to be the best telecom services I have ever purchased. While the service is great, I do not think that BT can remain a municipally owned telecom given the political nature of such ownership as well as the political issues that surround BT’s past.

My professional career to this point has been entirely in the world of finance. I have worked as a stock trader and a portfolio manager. I have been part of a start-up team that founded a company called eSecLending. Over the past 13 years, eSecLending has gone from a start-up company to one of the leading companies in its niche of the finance industry. I currently work as a self-employed financial analyst, focusing on clients in the leasing industry. 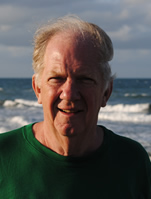 The Mounts were among the first customers of Burlington Telecom. David Mount has been a resident of South Union Street since 1983. He and his wife founded Mount Family Group which operates Westaff in Burlington and 10 other cities (4 in Vermont) and Remedy Staffing in Massachusetts. The company started with zero sales in 1982 and had over $26,000,000 when he retired in 2010. The Mounts raised all five of their children in Burlington where they attended Burlington schools and four attended the University of Vermont and one, Champlain College. Their children have all remained in the area and the Mounts have 15 grandchildren.

David Mount has served on a number of boards including the Burlington Meals on Wheels, Prevent Child Abuse Vermont, St. Anne’s Shrine, and the Burlington Rotary Club. He is also an active counselor with SCORE – the Service Corps of Retired Executives. He has served as president of three of those boards and has been nominated to be Chair of the Chittenden County Chapter of SCORE. He also served the State of Vermont in the Commission on the Future of Economic Development, a commission created by the 2007 session of the Vermont Legislature to examine economic development issues affecting the state.

In his capacity of CEO of Mount Family Group and in his prior career as a financial executive, David Mount became accustomed to negotiating large and complicated transactions and has worked with both large and small financial institutions. He is accustomed to working with various political entities and administrative boards.

One of my passions is the Caribbean. I am there now at the end of a 2 week stay in my time-share in St. Martin. I also go in November to Cancun for 2 weeks. In addition to living in Burlington, I have had a lake house in Alburgh for 32 years and I spend as much time there each summer as I can.

In 2006, I made a trip to Honduras for Rotary International that was life-altering. I saw the poverty and how little things changed lives. Since then, I along with my wife and several other family members, have traveled to Tela Honduras annually to build schools and other projects. We have built 3 school buildings, installed a pure water installation in one and installed new toilets in another. We were not able to go in 2013 due to a State Department advisory that Honduras was unsafe. We hope to return in 2014 as we have built two buildings at a high school near Tela and will be adding two more over the next two years. I am also hopeful that I can help start a cocoa growing cooperative to possibly supply cocoa to Lake Champlain Chocolates.

I am an active member of the Burlington Rotary Club and I am a Past President and am presently Director of International Activities.

As a Burlington City Councilor for 15 years, I had strongly advocated for the creation of Burlington Telecom so that residents and businesses of Burlington could enjoy and have access to the same type of advanced telecommunications and high-speed broadband internet services that were available in other large cities in the country, but not in Burlington.  For a while, it appeared that Burlington Telecom was well on its way to success.  After leaving the City Council, I was saddened and concerned when we started to learn the full extent of its financial problems.  However, despite these problems, I firmly believe that Burlington Telecom can remain a valuable asset for our community and I further believe that the best chance for its future success will be through the efforts of the Co-op.  That is why I welcome this opportunity to serve on the Co-op’s board.
I am a founding partner of the law firm, Montroll & Backus.  I am also currently the Chair of the Chittenden County Regional Planning Commission and I serve on the Burlington Planning Commission. I previously served as President of the Burlington City Council and as President of the Channel 17 (Town Meeting Television) Board of Trustees. 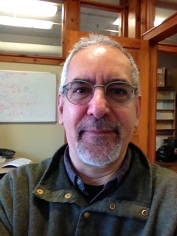 I have been a BT customer for both home and business from BT’s early days. BT does deliver on its promise. While new to the board of Keep BT Local, I have experience helping manage co-ops and collectively run organizations that range from food co-ops and a wholesale produce collective to The Schoolhouse (a local co-op elementary school). In several of these organizations I’ve had a role as bookkeeper, accountant, board member, or finance committee member. I’ve consistently worked to use financial information to help understand where the organization stands, and the financial consequences of various decisions. The finances don’t determine our goals or values; the finances do bring real constraints.

I’m convinced that it is important for our community that BT remain publicly owned. Keep BT Local, as a co-op, is a good way for us to continue to own and operate a telecommunications system that serves us.

Professionally, I hold a Ph.D. in Biometry and have been learning about and practicing statistics for bioassays and other non-clinical applications in Pharma since the late 1980’s, including 10 years at Searle/Monsanto/Pharmacia and 14 years as the owner of Precision Bioassay, Inc., a statistical consulting service with a narrow specialty, helping pharmaceutical and biotechnology companies measure proteins and vaccines. We also build (and rely heavily on) statistical software. In several ways I find my role as a statistical consultant working with scientists to be similar to my work with finance and accounting in co-op and other community-based organizations. The data or the financial information tell us important information about the constraints on the science or the business. Let’s use that information to make Keep BT Local successful for us and future generations. 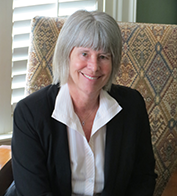 Megan Epler Wood is a professor, former NGO leader, and social entrepreneur. She uses Burlington telecom for all of her work and is a founding member of the Keep BT Local Co-Op. She manages her own company from home, EplerWood International, which for 13 years has provided market-based approaches to sustainable tourism development and innovative systems for business, NGOs and governments in lesser developed nations to build competitive resource efficient economies that benefit all members of society.

Megan teaches two courses at Harvard Extension School on sustainable tourism and international sustainable development which are offered online and in the classroom simultaneously. In 2014, she became the Director of the International Sustainable Tourism Initiative at the Harvard Center for Health and the Global Environment where she will reach out to the global community, while working from home. She is also a Senior Fellow at the Cornell Center for Sustainable Global Enterprise, a position she also manages from her desk at home.

As a founder of an international NGO, The International Ecotourism Society, she understands the importance of digital and social media campaigns, and has 20 years of experience educating the market and opinion leaders on new principles of innovative market development. She has considerable experience doing public relations and marketing for her former NGO which became internationally recognized under her leadership. She has extensive experience on policy and economic development worldwide, and presently believes that Burlington Telecom is positioned to be one of Burlington’s most important economic development assets.

The Co-op offers an important vehicle to position the importance of local ownership and control of our telecom in our community. With the crisis of net neutrality on our doorstep, Megan suggests that we as a Co-Op immediately reach out to the community to outline how local control of our telecom asset is essential to ensure our community maintains access to a neutral net. She suggests an immediate campaign to tie net neutrality to the local ownership of Burlington Telecom and is volunteering to kick this off, while the elections are taking place. 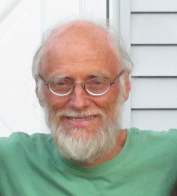 I’ve been involved with co-ops since the 1970’s and a member of Burlington’s Onion River Co-op since 1992. Over time, I have become a strong advocate for the Cooperative Model, having seen it evolve from isolated, cumbersome, hippie-idealistic implementations in the ’70s to highly competitive, dynamic institutions today (like City Market and the 250+ Telecom Coops around the U.S., many of them expanding and acquiring private telecoms), all while staying true to the original values of putting people and communities first. I’ve been a member of the KeepBTlocal Steering Committee since its formation, and was one of the group whose efforts led to the formation of KeepBTlocal.

Thanks to my job, which includes setting up, maintaining, and troubleshooting computers at locations all over Chittenden County, I have a very clear picture of the state of internet access throughout the County. I pay attention to things like speeds (upload vs. download, actual vs. promised), reliability of service, and the competence and accessibility of Tech Support. Burlington Telecom wins by a wide margin in all categories. And that’s just the beginning. Because of the vision of its design, BT, good as it is today, has realized only a fraction of its potential. BT’s network is as good as, if not better than any in the world. It can handle anything the Internet can dish out, now and going forward for many years. That’s because the primary consideration in the way it was built and in the way it is being run is to deliver the best possible service and economic benefits to the Community (which is not to say that it couldn’t be even better managed than it is). BT’s competitors lag behind because they have a very different mandate – to deliver profits for mostly absentee shareholders. If we fail to keep BT local, and allow it to fall into corporate hands, It will sink to the level of its competitors and its revenues (and jobs) will likely be shipped out of town. Worst of all, BT will never realize its full potential to repay our investment and to transform our economy. Now that the City has reached a settlement with Citigroup, If we want to succeed, we must move decisively on several fronts:

1. Once the PSB signs off on the Settlement, we must engage the City to get a clear idea of the City priorities, so that we can include as many of them as possible in our offer.

2. We must secure the necessary financing, locally-sourced, as much as possible. Given our current financial situation, this will require some creativity and lots of hard work.

3. We should have in place both a governance structure and a prospective management team. Once these elements are in place, as soon as possible, we should begin negotiations with the City.

I appreciate the opportunity to work with the Board to address these issues and to develop a compelling package to present to the City.